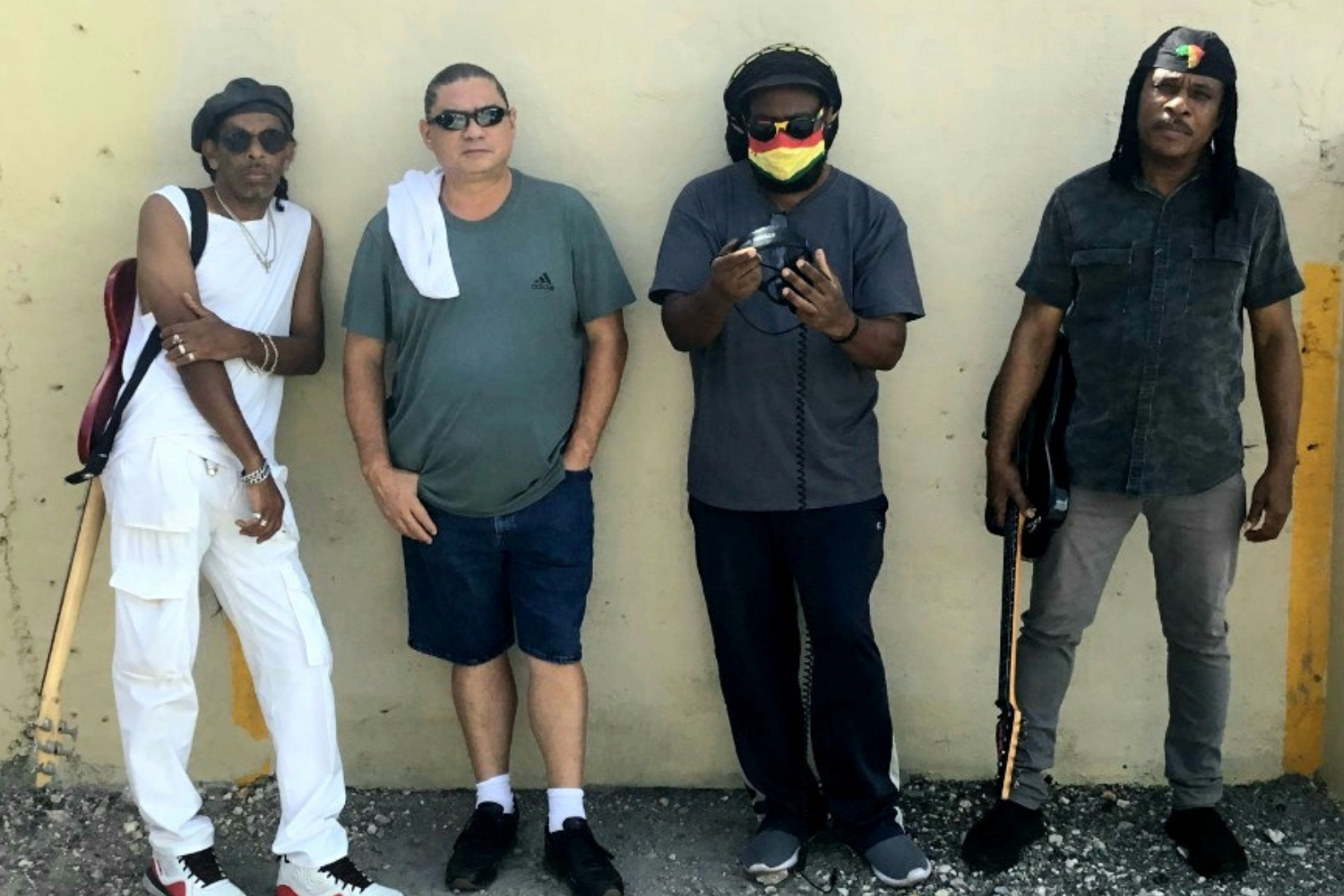 The ATF Band lights up for their latest song, titled ‘Collie Weed’, a salute to the virtues of marijuana or ganja as it’s known in Jamaica.

The song was released in mid-May and is driven by the music of ‘Summer Breeze’, a massive hit for blue-eyed soul duo Seals & Croft in 1972.  Stephen Lee, the band’s drummer, credits keyboardist/vocalist Herbie Harris for coming up with the idea for ‘Collie Weed’.

“Herbie had done a demo about three years ago of ‘Summer Breeze’. About a month ago after rehearsal we were all chatting and decided to do a cover song. Herbie said let’s go in the studio and he played the demo he had done. Of course, it was ‘Summer Breeze’. We then all agreed to record it and change the chorus to ‘Collie Weed’, change the words in the verses, but keep the Seals & Croft melody,” he explained.

The irony of the song is none of ATF Band’s four members are smokers.  “Actually, we had a good laugh as non-smokers recording ‘Collie Weed’. But the herb is not just for smoking. Sometimes we drink herb tea and use herb ointments for ailments,” said Lee.

Bassist Lyndon “Ace” Webb and Courtland White on guitar complete the ATF Band lineup. They formed six years ago and had a big hit in 2018 with ‘Yardie’.