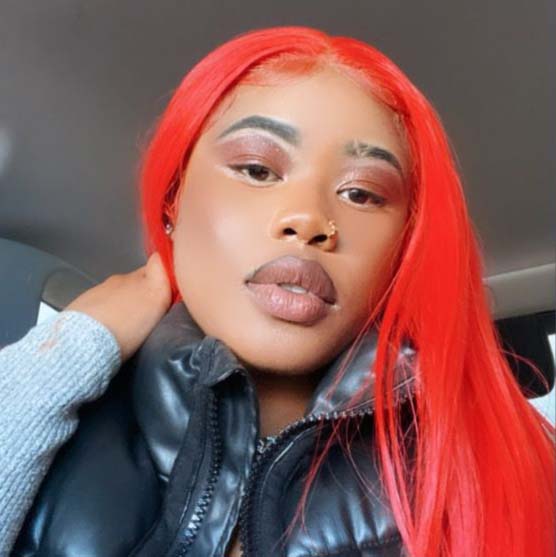 2022 has seen the emergence of several female artists on the Canadian reggae and dancehall scene. They are young, gifted, talented, and lyrically skillful, making music and making a statement.

Rapper, singer/songwriter, and dancehall artist Jade Dusk is one

such artist whose voice and writing speaks volume. She is unique with an open mind and is willing to try anything new. “My creativity in music comes from genres such as dancehall, afro beats, and trap,” she said.  “However, I am open to experimenting and fusing sounds to find my voice.”

Jade “Jade Dusk” Fairman was Born in Kingston, Jamaica, and migrated to Toronto, Canada in 2012. From a young age, she knew music was her calling and decided to pursue her craft. At 14 years old, Jade started recording and mixing her tracks which helped sharpen her skills as an artist.

Jade Dusk’s biggest inspiration was her mother, who she described

as an amazing singer. However, because of pregnancy, she had to give up on her dreams. To date, Jade has released multiple singles like Gyal Choppa, Life of Mine, Knockers, and a 5 song EP titled Epic. “I got great international feedback on the project, which I truly appreciate because it shows that my work is acknowledged worldwide”, Dusk said.

dancehall artists like Prohcess, Swick Don, Yeri, and Kelly KK, which clearly shows that she is willing to do what it takes to get to the next level. “I’m excited about my growth as an artist, looking to gain more fans and supporters, well-wishers, and broaden my horizons musically.

Jade Dusk has high expectations and anticipates some achievements in her career in the next five years. The artist hopes to win a JUNO Award and then a Grammy Award. Jade Dusk is currently working on a new project Life of Mine with DjMarks Records; according to the dancehall artist, she doesn’t want to keep her supporters waiting too long for new music.