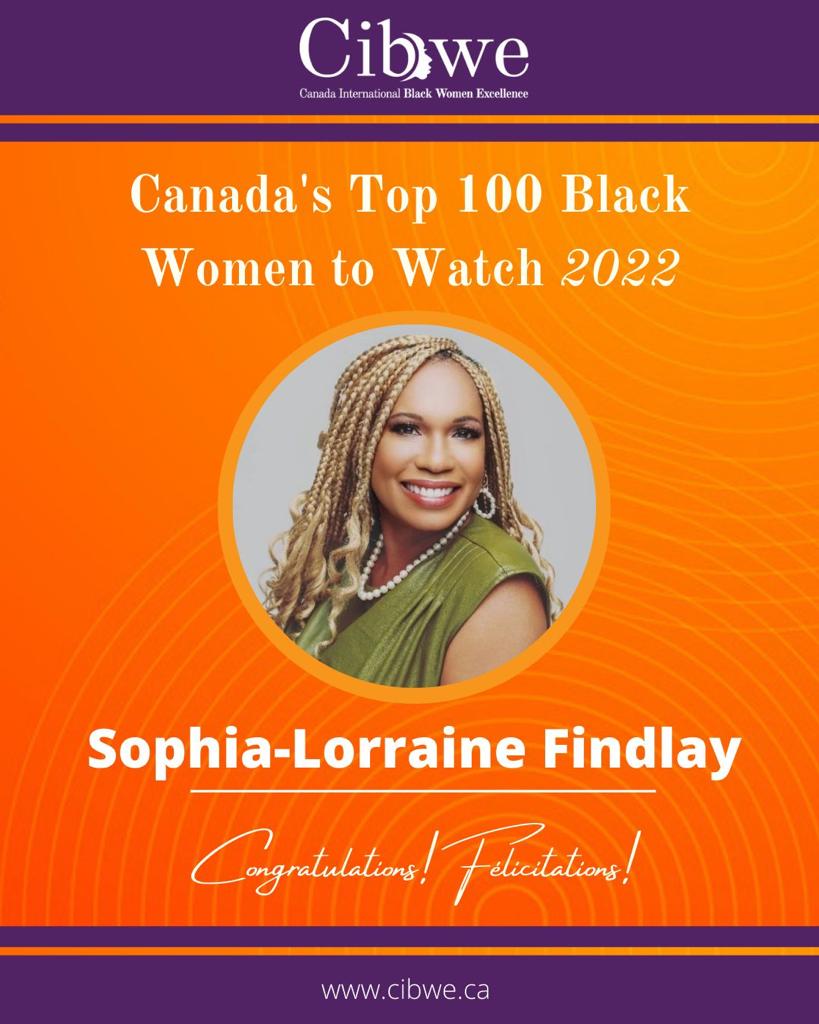 Fall heralds a new season and one of fresh beginnings, which sums up a cool start for Sophia Findlay, after being recognised by Canada International Black Women Excellence (CIBWE), as one of Canada’s Top 100 Black Women to Watch 2022.

She sees it as a signal to aim even higher in her relentless pursuit of achieving the goals she has set for herself, especially in journalism and the business arena.  “I feel incredibly honoured to be recognised and to be among other influential females in various capacities, making an impact in Canada,” the multi-award journalist told Reggae North.

CIBWE’s mission is to celebrate Black Women and the advancements they have made in Canada and beyond. In providing a sturdy foundation, the organization delivers programs through creative platforms, which includes events, publications, training, online platforms, social enterprises, capacity building and special projects to connect the Black women they serve to opportunities in Ontario, Canadian and elsewhere.

“I was very surprised to have made the cut because I was alerted to being nominated but gave it no further thought. After all, I can think of so many others doing better. In retrospect, I must truly start believing the many individuals who have remarked to me that I’m a strong writer, I know everybody and I’m everywhere because they have seen me plugging at my craft for a long time,” Sophia states.

From hard news to lifestyle reporting, Sophia has covered most industries and communities from all walks of life and cross sections of society.  She is a skilled Toronto-based journalist and an experienced Advertising Sales Executive, who specializes in radio, print and online platforms, and who takes pride in building, sustaining and growing client relationships.  Curating content through writing/storytelling, styling, photography, and sales, are her passions.

Her reputation also precedes her too when it comes to being polished and impeccably dressed for any occasion.  In fact, she is excited that this national acknowledgment is coming at a time when she has formed a group of companies under the umbrella, Sophia Findlay Unlimited, which houses her Sofi Style; a media agency; a specialty events photographer; stylist; online courses, and a soon-to-be-launched fashion line, which she says her daughter will be heading while she is the chief conceptualizer.

“I’d pivoted during the pandemic and have since graduated from a business program and am in the middle of another with the Canadian Black Chamber of Commerce. Fact is that my late father, Byron Hugh Findlay, once told me, “Lorraine, what you put in will be what you get out.”

I applied that logic to raising my children and to make a living. All my skill sets, expertise and creative aspects are transferable and interchangeable,” the Jamaica-born mother of two explains.

Her slogan, “If you’re hot, I’m in your spot!” speaks directly to her Sofi Style branding as a society columnist, where her influence is far-reaching on the social scene and in media. She is known in many circles and traverse each skillfully and effortlessly.

“How I work a room when I’m networking is quite natural for me because I genuinely love people and believe everyone has a story to tell. I’m curious and am very driven to help other others. Truth be told, most of my accomplishments started out from trying to help someone.  Yes, I’ve been burnt sometimes but believe there is redemption for everyone. Give me time to get over it and there I am again forgiving like nothing happened, though there are the rare cases when myself respect won’t allow any further interaction”. divulges the outgoing lifestyle connoisseur of the syndicated Sofi Style column, which also appears on this platform. 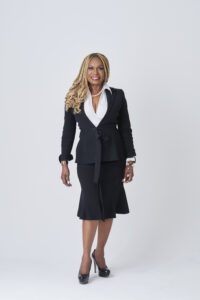 “I love being a social media influencer for many reasons, though I didn’t set out to become one. It was a natural evolution from what I’d been doing over the years- meeting, talking, supporting, and showcasing beautiful people while I look beautiful too,” she laughs beamingly, while expounding on her love for style, fashion, beauty, health, and fitness, which are topics she explores, and has written many columns depicting these interests. She is passionate about women and children advocacy and have featured and instigated narratives journalistically around these topics.

“The trajectory of Sofi Style is stratospheric and literally has no boundary because I’m making it so. Also, I have many wonderful friends and colleagues pushing me to my destiny. Mark my words, the money will follow!” envisions the Gleaner Media (Canada) contributor.

“My new year starts on September 26, my birthday, and with the arrival of this cardinal season I’m ready for what’s new and trying to find me because I do not chase.  I am learning to attract by creating my own opportunities, because I’m God-fearing and a strong believer. My former teacher and adopted mother, Emma McCalla, who sometime calls me ‘Daughter of Zion’ tells me that, “To whom much is given, much is expected,” concludes the founder and CEO of Sophia Findlay Unlimited.

CIBWE’s goal is to enable Black women to understand and access opportunities by becoming more involved in their development. The auspicious Black Pearls Gala, dubbed: A night to Ignite our Legacy, now in its 7th year, where Sophia and 99 others will be honoured, takes place October 15th, at the Oasis Convention Centre