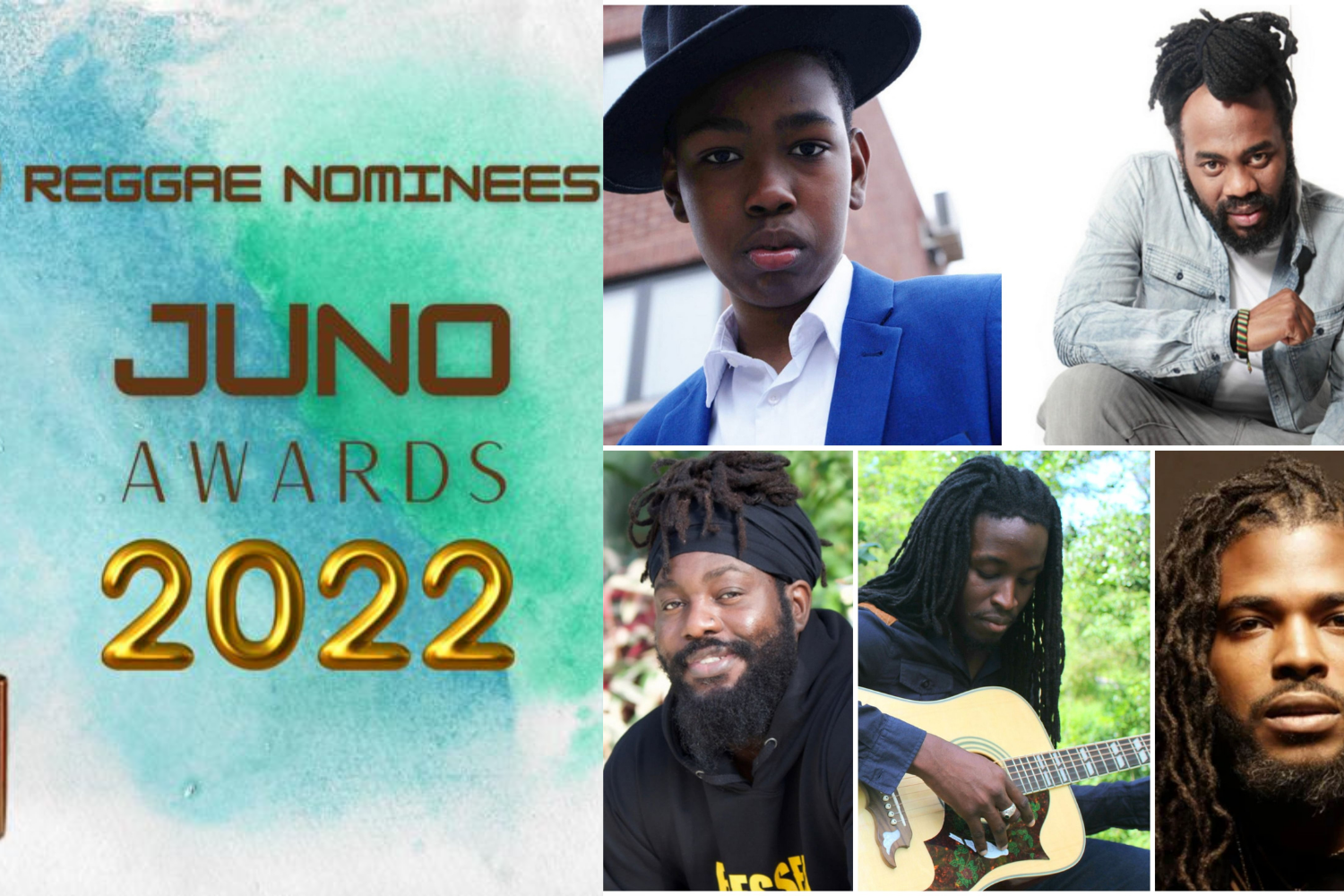 The nominees for the 2022 Annual JUNO Awards were announced on Tuesday, March 1st, by the Canadian Academy of Recording Arts and Sciences (CARAS). The five nominees in this year’s Reggae Recording of the Year category are ‘Herb Dream’ – Blessed, ‘By Any Means’- Exco Levi, ‘Too Ruff’– Kirk Diamond and Finn, ‘Don’t Let it Get to You’- Josemar and ‘Easy Now’– Kairo Mclean.

Kairo Mclean gets his first Juno Nomination at age 13, making him the youngest nominee ever in the reggae recording category and one of the youngest nominees in the JUNO Awards this year. Two times winner Blessed got his 12th nomination over three decades, gaining nominations in the 2000s, 2010s and now in the 2020s. Five times winner Exco Levi is vying for his sixth win with his ninth nomination. 2018 winner Kirk Diamond got his fourth nomination, and the talented Josemar received his first nomination in the 2022 JUNO Best Reggae Recording category.

At this year’s ceremony, Denise Jones, one of the most influential voices in Canada’s Black entertainment, will be posthumously awarded the 2022 Walt Grealis Special Achievement Award as part of this year’s annual JUNO Awards festivities. Jones, who passed away in December 2020, spent a lifetime championing Afro-Caribbean culture in Canada and worldwide through her company Jones & Jones Productions. She also established the internationally renowned JAMBANA™ One World Festival and was the founding Chair of the Reggae Category for the JUNO Awards.

The 51st annual JUNO Awards and JUNO Week 2022 will be happening in Toronto, ON, from May 9th through May 15th, 2022. The 2022 JUNO Awards will make history on Sunday, May 15th, broadcasting and streaming for the first time from an outdoor venue at Budweiser Stage in Toronto, live across Canada at 8 p.m. ET/5 p.m. PT on CBC TV, CBC Gem, CBC Radio One and CBC Music.